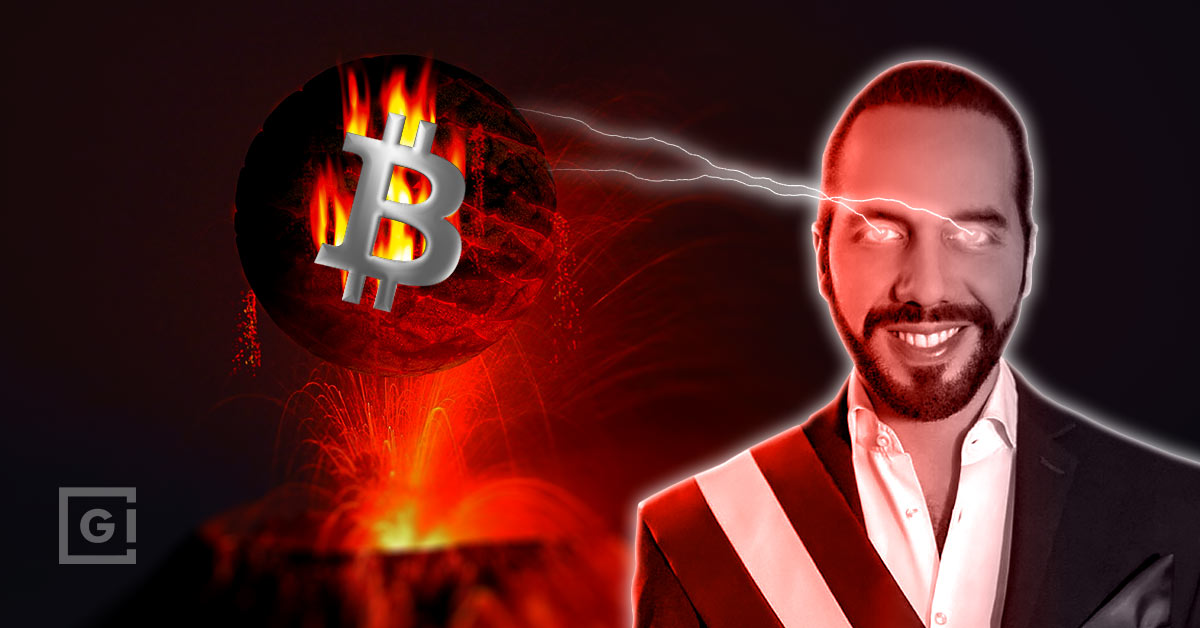 The price of most major cryptocurrencies has exploded after El Salvador announced that it had used energy from a volcano to mine Bitcoin.

Bitcoin’s (BTC) price went up by more than 9% in 24 hours, surging to a high of over $48,000 before dropping slightly to $47,943 late last week. Ethererum (ETH) also performed well, experiencing an 8.9% rally over 24 hours, bringing it up to a value of $3,292. Cardano, Binance Coin, and Tether – the other top five cryptocurrencies – also experienced an uplift.

This volcanic performance came as President Nayeb Bukele announced that El Salvador had tested out the hottest new way of mining Bitcoin.

On Twitter, he announced that El Salvador has successfully mined crypto using geothermal energy from a volcano.

“We’re still testing and installing, but this is officially the first #Bitcoin mining from the #volcanode,” President Bukele tweeted.

El Salvador recently became the first country in the world to make Bitcoin legal tender and Bukele has long promised to use volcanic energy as a renewable way of powering mining.

Speaking earlier this year, President Bukele said: “Geothermal, it’s a very, very clean source of energy and it’s probably one of the — I would say the best, because there’s a lot of other green energy projects that are good, but it has almost no downsides.”

Many observers attributed the crypto price pump to the seismic effect of El Salvador’s new method of powering mining.

However, three experts that provided their own analyses to Gokhshtein Media had different explanations for the rally.

Ulrik K. Lykke, Founder of the crypto and digital assets hedge fund ARK36, said: “The digital asset market is benefitting both from the seasonality effect as well as generally positive market fundamentals.”

“Historically, September has often been a red month for the digital asset markets. Conversely, Q4 has often seen strong performances and the expectation the trend will continue this year can become a self-fulfilling prophecy. It is possible that we will see new all-time highs in Q4, especially that on-chain data, particularly in the case of Bitcoin, seem to indicate a potential for a strong bull market continuation.

“However, technically speaking, BTC is still trading in the range and has to decisively break the $50K resistance if we are to see higher prices. In other words, it is not yet certain whether today’s price really will prove indicative of a greater uptrend.”

There has been positive news this week relating to the wider crypto economy, such as SEC Chair Gary Gensler expressing support for the idea of a Bitcoin exchange-traded fund (EFT).

FED Chair Jerome Powell also said the US has “no intention” of banning crypto and claimed he had “misspoken” when discussing plans to regulate the sector.

The crypto rally comes after a drab performance in September.

Martha Reyes, Head of Research at digital asset prime brokerage and exchange BEQUANT, added: “The market was a damp squib coming into October, with bulls taking a back seat after the September sell-offs.

“Negative funding rates and high demand for puts meant that any good news would more easily drive the market upwards.”

“Powell handed the market that very opportunity with his ‘I misspoke’ statement with regard to an earlier comment saying CBDCs would replace crypto.”

“At Cryptohopper we’re preparing for the huge inflow of traders due to the upcoming bull-market that we expect. My prediction is that we’re going to see a new ATH (all-time high) this month, or at the very least near the current ATH. After which we enter the final phase of this bull cycle.”