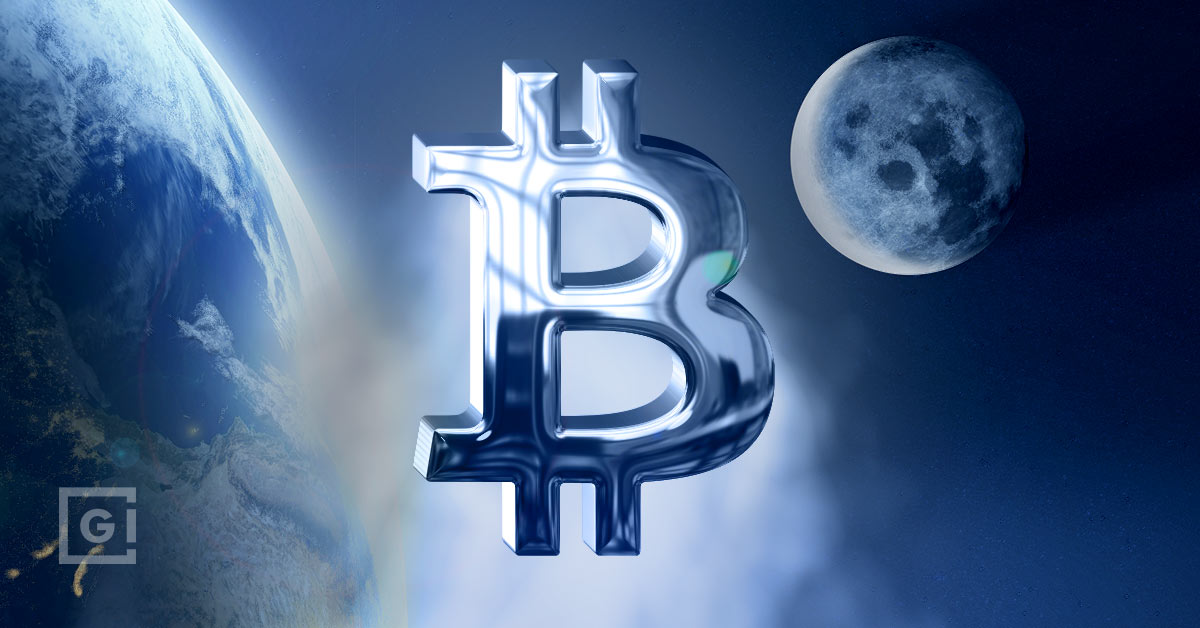 The price of Bitcoin has rocketed over $50,0000 in a rally that has prompted analysts to predict that the world’s top cryptocurrency will soon break its all-time high.

Bitcoin surged above the psychologically important $50k barrier on Tuesday, before soaring to a peak of almost $55k.

The bull run comes after a week of good news for the blockchain business and a wave of positivity which saw October being dubbed “Uptober”.

The month started on a high after U.S Federal Reserve Chairman Jerome Powell closed out September by saying he has “no intention” of banning crypto.

Speaking at a House hearing, he said: “Our approach is really quite different.”

These two important statements assuage fears of an imminent crypto crackdown, but that wasn’t the end of the good news because announcements from two financial giants raised hopes that mainstream adoption could be on the way.

Earlier this week, Bank of American released an analyst note that said “the digital asset universe is too large to ignore”.

“Bitcoin is important with a market value of ~$900bn, but the digital asset ecosystem is so much more.

“Our view is that there could be more opportunity than skeptics expect. In the near future, you may use blockchain technology to unlock your phone; buy a stock, house or fraction of a Ferrari; receive a dividend; borrow, loan or save money; or even pay for gas or pizza.”

U.S. Bank also announced the launch of a cryptocurrency custody service which will be available to “institutional investment managers with private funds in the U.S. or Cayman Islands who would like a safekeeping solution for Bitcoin”, with additional coin support “coming soon”.

“When you offer crypto services for institutions like family offices or hedge funds, what you’re really doing is allowing those firms to invest in crypto on behalf of their clients without having to worry and dirty their hands with the tech,” said Dan Roberts, editor-in-chief at Decrypt, whilst discussing the U.S Bank custody service on Yahoo Finance.

“You know, there are places now that maybe they’re run by people with a certain level of tech-savvy or non-tech savvy. And they’ve decided, we should probably be in Bitcoin, but ugh, I don’t want to worry about holding my client’s keys and, you know, being in charge of their wallets. Let someone else do it for you. Let someone else do the custody. So that’s what US Bank is getting into.”

“In the past couple of days, we’ve seen Bitcoin extending its gains and gearing up the momentum to advance further into the $50k levels,” he said.

“Importantly, this latest uptrend seems different from the one four weeks ago when BTC was also trading around this price range. Then, breaching the $50k barrier generated a lot of hype but ultimately there wasn’t enough strength in the markets to sustain a further rally.

Now, after consolidating for a long time in the $40k range, Bitcoin seems much better prepared for another big move upwards. If that happens, Bitcoin will likely go on to test its ATH and there’s a high probability it will break it.

“As of today, however, a small pullback to around $48k is equally likely – and that wouldn’t fundamentally change the general uptrend potential. Rather, it could simply mean BTC is catching a breath after a hilly section of the hike before preparing for an even steeper one.”

“I’ve been saying repeatedly since the summer that I expect a new ATH in October,” he continued.

“So what is the reason for this new pump? I think it’s partly due to the market cycle we’re in, where the emotional part plays a significant role. Therefore, news like the Bank of America announcing its crypto research has had a dramatic knock-on effect on market sentiment.”

The excitement that would be generated by Bitcoin breaking its ATH is likely to bring new investors into the market, raising the price to an even higher level.

On Twitter, the crypto trader Rekt Capital wrote: “As is usually the case for old BTC All-Time Highs, the ~$65000 level will figure as a key psychological inflection point that will spur on dramatic feelings of FOMO [fear of missing out] among new investors

“The FOMO now is impressive but it will get more dramatic later.”