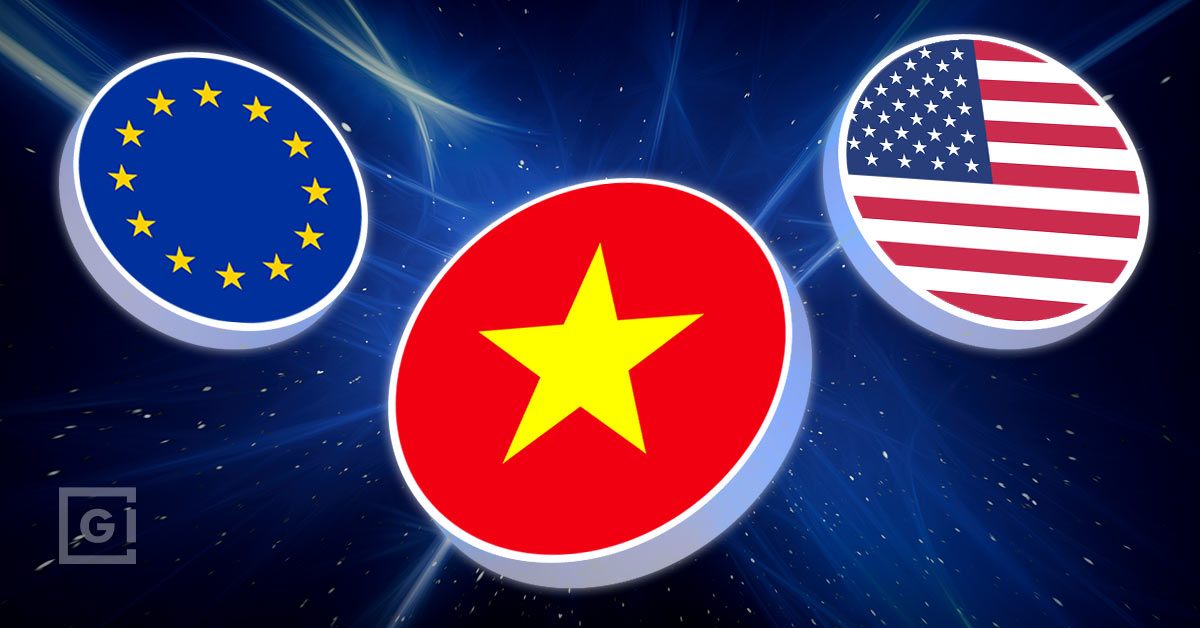 There is no denying that interest in cryptocurrencies is continuing to grow in America. Despite the fact that the U.S. lags behind many other countries that have a significantly larger percentage of their population invested in digital coins.

Americans Are All About Crypto

Americans are all about crypto, at least when it comes to search engines. Last year there were approximately 2.5 million online searches regarding bitcoin. With billionaires like Elon Musk, Mark Cuban, and many A-list celebrities and professional sports figures touting it as the future of finance, interest in learning about and investing in cryptocurrencies has surged over the last two years. Even a roller coaster ride of market volatility has not deterred Americans from continuing to explore and invest in digital currencies.

A report from Portfolio Insider estimates approximately 46 million Americans have purchased a digital currency of some kind, approximately 17 percent of the adult population. Surprisingly, that only lands us at number 26 on a list of 27 countries with the highest percentage of the population invested in some kind of digital currency according to this report by Finder.com.

Countries With The Largest Number of Crypto Owners

So what countries are at the top of that list?

It may surprise you (or not) to know that the top five countries with the most people invested in digital currencies are all in Asia. Vietnam landed at number one on the list with 41 percent of the adult population reporting some kind of digital coin investment. Indonesia, India, Malaysia, and the Philippines are next. The top European country with the most citizens reporting investment in digital currency is Belgium at number six followed by Italy at number 10.

Tiny countries like Austria, New Zealand, and Ireland all rank higher than the United States in terms of the biggest percentage of the population invested in cryptocurrencies.

Analysts believe that countries like Vietnam, the Philippines, and now Afghanistan have seen surges in crypto purchases because there is mistrust in their government’s management of financial markets or they don’t have access to a centralized exchange. Also, many residents of these countries “turn to cryptocurrency to preserve their savings in the face of currency devaluation, as well as to send and receive remittances and carry out business transactions.” CNBC.com

Despite lagging behind many other countries in adopting cryptocurrencies, the United States still leads the way in decentralized finance (DeFi) adoption, keeping the doors wide open for investments in cryptocurrencies to surge in the next few months and in 2022.

The two main causes of lesser crypto investments in this country are education, delays by lawmakers to approve several cryptocurrencies, and attempts to heavily regulate the industry.

It is clear Americans are eager to invest in the crypto space but a lack of education about how digital currencies work is holding many of them back.  A survey by MasterCard of 15,000 people from 18 different countries (including the U.S., of course) revealed that millennials (people ages 23 to 40[ish]) are the most active crypto researchers and investors. That tracks with the average age of U.S. citizens most likely to research and buy digital coins. In the survey, most people said a lack of understanding of how cryptocurrencies work is what gives them pause about buying any.

“The disproportionate focus on illicit uses and the underestimation of the protective uses of crypto is one example of how evidence-based rulemaking is not yet the norm in crypto-regulation. We can do better, and I hope that this year will mark a turning point for the United States, which in turn may spur other countries similarly to take a more sensible approach to crypto regulation.” Hester Peirce

Lack of education and legislative attempts to increase regulation of the crypto industry have been holding back the United States from leading the world in cryptocurrency ownership, but that is not predicted to last.  With Bitcoin recently reaching an all-time high, investors and institutions pouring billions into the asset class, and more and more companies accepting digital coins as payment for their goods and services, 2022 is predicted to be a turning point for mainstream adoption.

America Can Lead In Cryptocurrency Adoption

Investors and analysts agree, cryptocurrencies are not a fad and are here to stay. The United States is poised to lead the world in digital coin adoption despite lagging behind other countries with more citizens already invested. America has the most crypto ATMs, and the non-profit Digital Dollar Project has launched five pilot programs to test the potential uses of a U.S. central bank digital currency (CBDC).

A CBDC is basically a digital banknote and gives holders a direct digital claim on the central bank,  allowing them to make instant electronic payments. China and much of Europe have already invested in CBDCs and are racing to “fend off threats from cryptocurrencies and improve payment systems,” according to a report from Reuters.com

With our technological savvy, innovation, and the eagerness of tens of millions of Americans to learn about and invest in cryptocurrencies it is foreseeable the U.S. will lead the world in digital currency adoption. It is a matter of more widespread education programs about how cryptocurrencies work and pressure on legislators to back off crippling regulations in the industry.