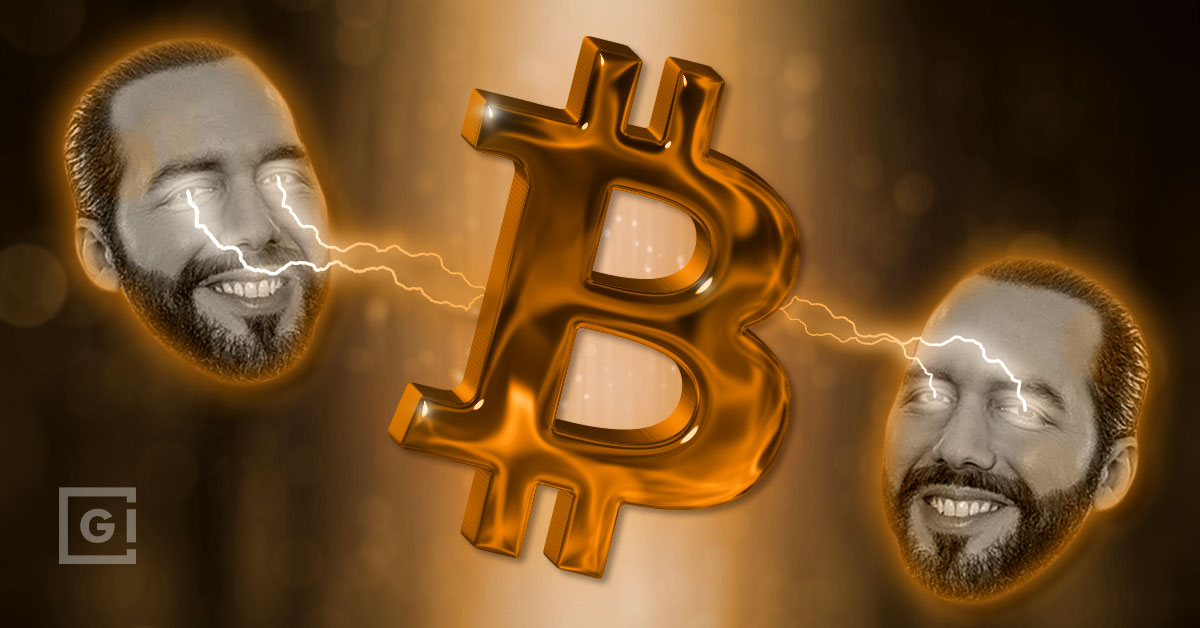 El Salvador has become the first nation in the world to make Bitcoin legal tender, with cryptocurrencies now available from selected ATMs and accepted by the outlets of major multinational companies.

After Bitcoin became fully legal on Tuesday, the cryptocurrency experienced a price rally that saw it shoot up in value to above $52,800 before taking a serious tumble to roughly $43,000 and stabilizing at about $47,200.

President Bukele tweeted: “Like all innovation, the process of #Bitcoin in El Salvador has a learning curve. Every road to the future is like this and not everything will be achieved in a day, or in a month.”

“But we must break the paradigms of the past. El Salvador has the right to advance towards the first world.”

On the eve of the monumental day, the President said: “Tomorrow, for the first time in history, all the eyes of the world will be on El Salvador.”

El Salvador now has its own official Bitcoin and Dollar wallet, Chivo Wallet, which briefly went offline due to demand. It promises $30 of bitcoin for each user that signs up.

“Could you please try to register and post in the comments if there are any errors or if the whole process works fine?” President Bukele tweeted after the wallet suffered an outage.

Bukele believes Bitcoin will help Salvadorans save $400 million a year on commissions for remittances as well as boosting financial inclusion.

Roughly one-quarter of El Salvador’s population lives in the US. It’s been estimated that remittance payments from the US make up 20% of the country’s gross domestic product (GDP), with $4bn sent back every year.

President Bukele has become something of a hero to the crypto community – but a bogeyman to the international financial establishment.

Justin Sun, founder of the cryptocurrency platform TRON and current CEO of BitTorrent, tweeted: “El Salvador probably has one of largest Bitcoin holdings of all countries in the world!

“And El Salvador formally adopts BTC  as the legal tender! All the crypto business will soon move to #ElSalvador! Congrats, President Nayib Bukele!”

Changpeng Zhao, founder of Binance, also tweeted: “So far, only 1 country in the world uses #crypto as legal tender. Just the beginning.”

However, the ratings agency Moody downgraded El Salvador in July, with the decision blamed “partly” on its decision to adopt Bitcoin as legal tender.

Its decision came after a blog by the International Monetary Fund warned that adopting Bitcoin or another cryptocurrency as a national currency carried “substantial risks to macro-financial stability, financial integrity, consumer protection, and the environment”.

“Banks and other financial institutions could be exposed to the massive fluctuations in cryptoasset prices,” the IMF wrote. “It is not clear whether prudential regulation against exposures to foreign currency or risky assets in banks could be upheld if Bitcoin, for instance, were given legal tender status.

“Moreover, widespread crypto asset use would undermine consumer protection. Households and businesses could lose wealth through large swings in value, fraud, or cyber-attacks. While the technology underlying crypto assets has proven extremely robust, technical glitches could occur. In the case of Bitcoin, recourse is difficult as there is no legal issuer.

“Finally, mined crypto assets such as Bitcoin require an enormous amount of electricity to power the computer networks that verify transactions. The ecological implications of adopting these crypto assets as a national currency could be dire.”

The global mainstream media has also lined up to criticize President Bukele and his country’s adoption of Bitcoin.

The newswire Reuters claimed that the move “may fuel money laundering and financial instability” and suggested that “it has already muddied the outlook for more than $1 billion in financing that El Salvador is seeking from the International Monetary Fund”. Reuters sends reports to newsrooms around the world, which are republished by hundreds or even thousands of newspapers.

President Bukele was previously described as “a 40-year-old populist” that is “is threatening the fragile democracy that was built up in El Salvador over 30 years of peace” by The Economist.

It has also been reported that Bukele retweeted a video showing his face superimposed on actor Jaime Foxx’s body. The footage was allegedly taken from the Quentin Tarantino film Django Unchained, which focuses on slavery, and showed the President whipping a slave trader with the IMF emblem covering his face. This tweet has now been deleted.

After Bitcoin became legal tender in El Salvador, PeterSchiff, Chief Economist & Global Strategist at Europac, tweeted: “Your national ‘currency’ just lost over 15% of its purchasing power in under an hour. Get used to it.

“Just another perfectly orchestrated pump-and-dump by the Bitcoin whales. Too bad this time they had to sacrifice an entire nation to pull it off!”