Coinbase CEO: ‘Half of Washington DC thinks crypto is scary and dangerous’ 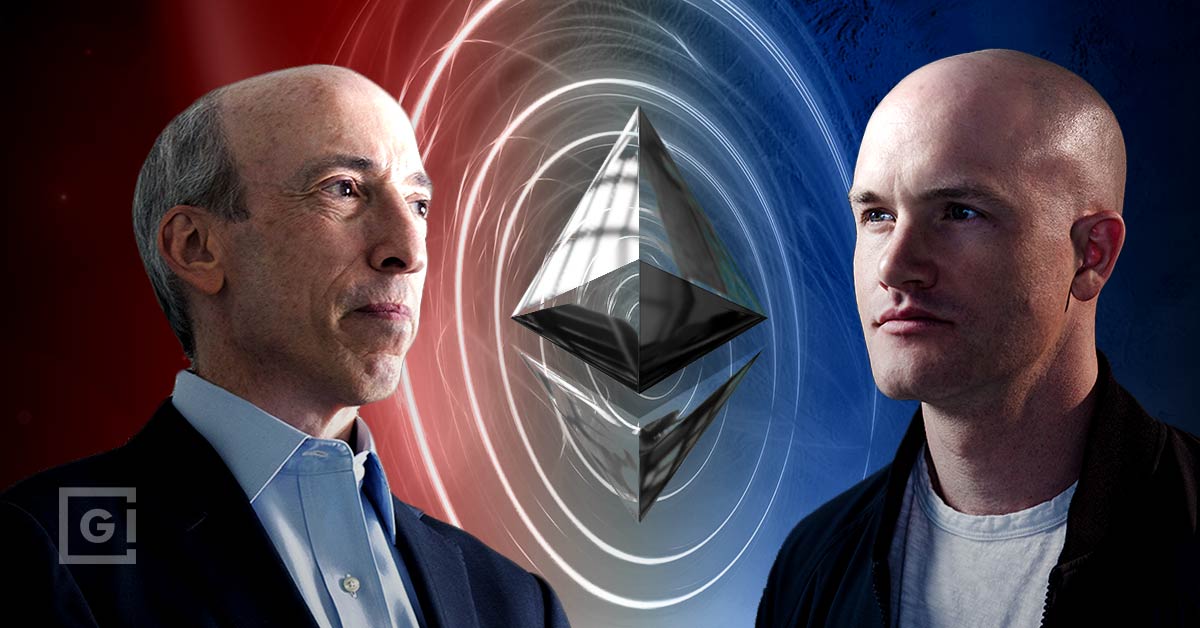 The CEO of Coinbase recently admitted that half of the people he has met in Washington DC believe crypto is risky, dangerous, and used for illicit purposes.

Brian Armstrong, who co-founded Coinbase, also compared plans to regulate cryptocurrencies with Prohibition, which saw the sale, production, and importation of alcohol banned between 1920 and 1933.

Speaking on The Best Business Show With Anthony Pompilano, Armstrong said: “50% of the people I speak to in DC are still thinking of crypto as a risk. They think: ‘this is scary, this is dangerous’.

“They have all kinds of misconceptions about the percentage of activity that’s for illicit activities.”

Coinbase’s research indicates that illicit activity accounts for less than 1% of crypto transactions, with the “overwhelming majority of cryptocurrency-related crime” related to scams rather than terrorism, trafficking, money laundering or other criminal activities.

“The percentage of crypto activity that is [related to] illicit activities and purposes is actually much smaller than most of them realize. It’s probably about 1%, whereas cash, the US dollar, is 3% or 4% illicit activity,” Armstrong said on the show.

“They think [crypto] is, like, 50% illicit activity – and that’s about half of the people I meet in DC. The other half realize this is a huge opportunity and hugely important industry for the United States and every country worldwide.”

“It exists in a competitive environment where the US needs to attract these entrepreneurs and get these companies built here. Frankly, American citizens want these products and services. This is not a fringe thing anymore.”

Coinbase is the world’s second-largest crypto exchange and has more than 68 million users in 100 countries, with a trading volume of about $3 billion in 24 hours.

It is currently locked in a “public feud” with the  Securities and Exchange Commission (SEC) and has prepared its own proposals for a crypto regulatory framework.

“There are tens of millions of Americans that want to use these products and services, and they’re getting a benefit from it that they weren’t getting in the traditional financial system,” Armstrong continued.

“Ultimately, the citizens elect our government, and the government appoints regulators and so on. So, if they’re too hard on crypto, it’s going to become politically infeasible. They’re not going to have the will of the people behind them,” he added.

“You can’t go out and try to criminalize something 50 million Americans are doing. You’re just going to turn them all into criminals, but they’re not going to stop doing it. So I think that’s one of the big things that hasn’t been realized yet in DC.”

Armstrong insisted that Coinbase did want to work with regulators but alleged the SEC refused to engage and said it would not meet with crypto companies.

He said: “If someone won’t meet with us to have a conversation, my optimistic view is that we can change that. My hope is it’s still on the table. But if I can’t get that, I’m just going to go out publicly and talk about it. I think it’s a form of accountability.”

Earlier this month, Armstrong said the SEC threatened Coinbase with legal action after it announced plans to launch a lending platform called Lend.

“We always want to be proactive and collaborative with people, we decided not to launch the product essentially, and we’re gonna wait and see what the SEC does,” Armstrong said during his appearance on Pompliano’s YouTube show. “It’s not a level playing field today.”

“Regulation would be the best thing to ever happen to Coinbase,” Armstrong continued.

“We’ve been leaning into regulation for many years. The people and companies it would harm are the smaller startups. It would entrench these companies. [Regulation] sometimes harms innovation, but it would be better for Coinbase in a weird way.”

On September 8, Coinbase revealed that it had received a Wells Notice from the SEC, an official warning that the regulator will sue a company in court.

“When I went to DC, I reached out to the SEC and tried to get a meeting with them,” Armstrong revealed. “They told me they weren’t meeting with any crypto companies. I was kind of surprised by that. There are so many different regulators out there.”

“Every single one has been willing to meet us – and every other branch of government, by the way. The SEC was the only regulator I wasn’t able to get a meeting with – even as the first public crypto company in the United States.”

“There is something strange going on there. I wish we could pick up the phone and talk about this stuff. It doesn’t have to be in a combative stance.”

PrevPreviousThere Are Those Who Say Bitcoin Is A Scam. Is This True?
NextThe Evolving Nature of Sustainable TourismNext