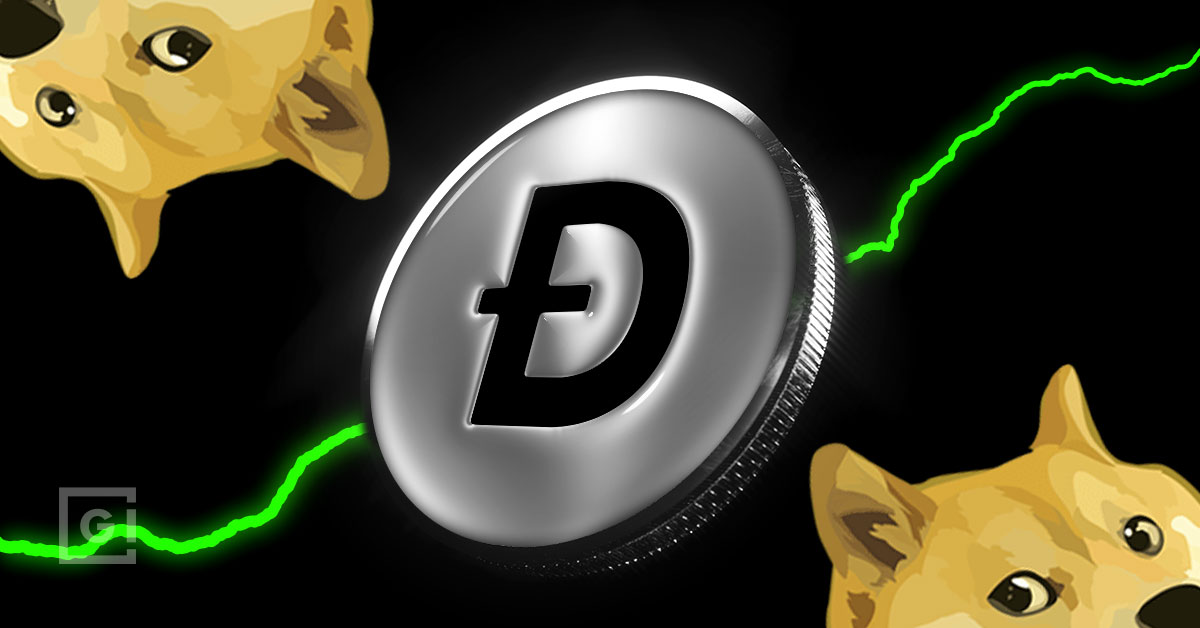 When people ramble on about turning hundreds of dollars into thousands or more, our heads become suspicious.

First, we believe it is not possible… Then we think that it will take many, many years to become possible.

But… let’s back up a little bit.

What if I told you that if you had invested $100 a year ago, you would have thousands today?

Well, it’s true. And the analysts at Traders of Crypto proved it in a recent report.

What Is The Crypto Investment Index

The premise of the “Traders Of Crypto Investment Index” is simple.

If you were given $100 to invest in an asset a year ago, which one would have given you the best outcome?

Well, Traders of Crypto did the homework for us by taking the time to analyze what cryptos and stocks performed better for the last year.

The results they found are amazing, to say the least.

They showed the capacity that some of these cryptos and stocks have.

The truth is… you might not like one or two of these coins, but yet you wish you would’ve bought and hodl for a year.

The Results: Much Doge, Much Lead

The first and highest-yielding asset is, you guessed it, Dogecoin.

You may not like Doge and it’s okay. Yet, it is undeniable Doge has been reporting thousands of earnings to its investors.

That is, Doge made 127X its price in twelve months — something that no one couldn’t have predicted. 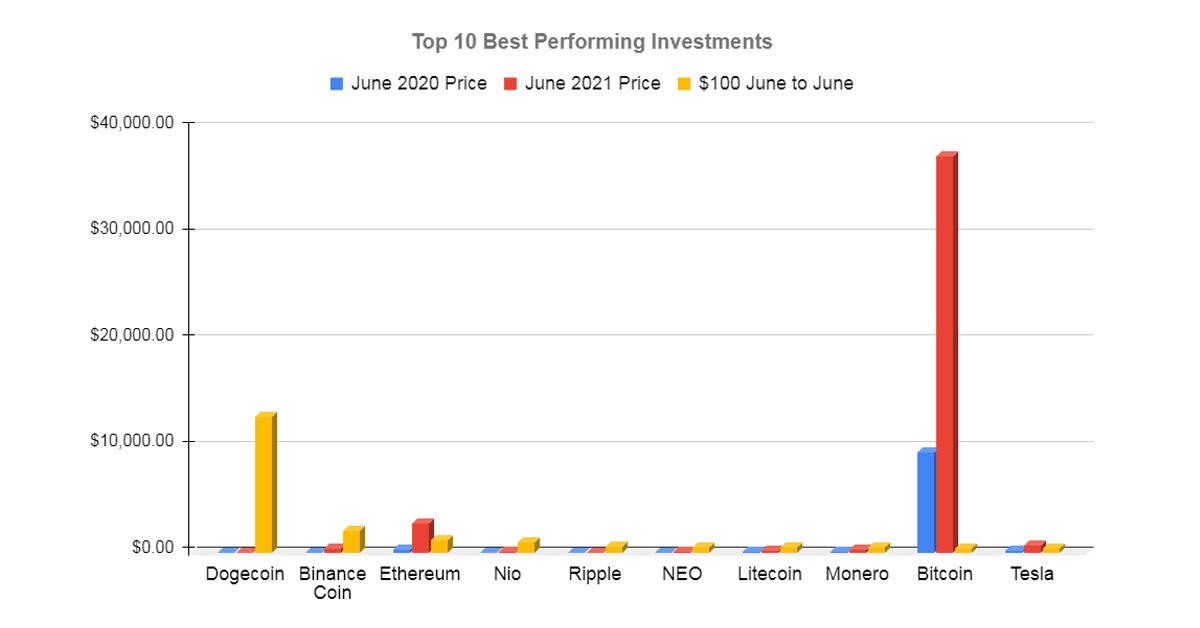 Exchange Tokens for the Win

Binance is the biggest exchange in the crypto space and it keeps growing. It keeps getting more users and more importantly, it continues to capture a growing amount of market cap. It makes total sense for its token to reach new highs as they keep growing.

That means you would have 20X your money in a matter of a year.

Ethereum: The Jack of All Trades Everyone Wants

Ethereum is the second-largest cryptocurrency in terms of market share. It has nothing to prove… yet it keeps on giving.

And with this top 3, many would think that stocks wouldn’t stand a chance… and it’s quite the opposite.

Two stocks appear in this list: NIO and TESLA, in fourth and tenth position respectively.

Both companies are electric car companies — so that might tell something. 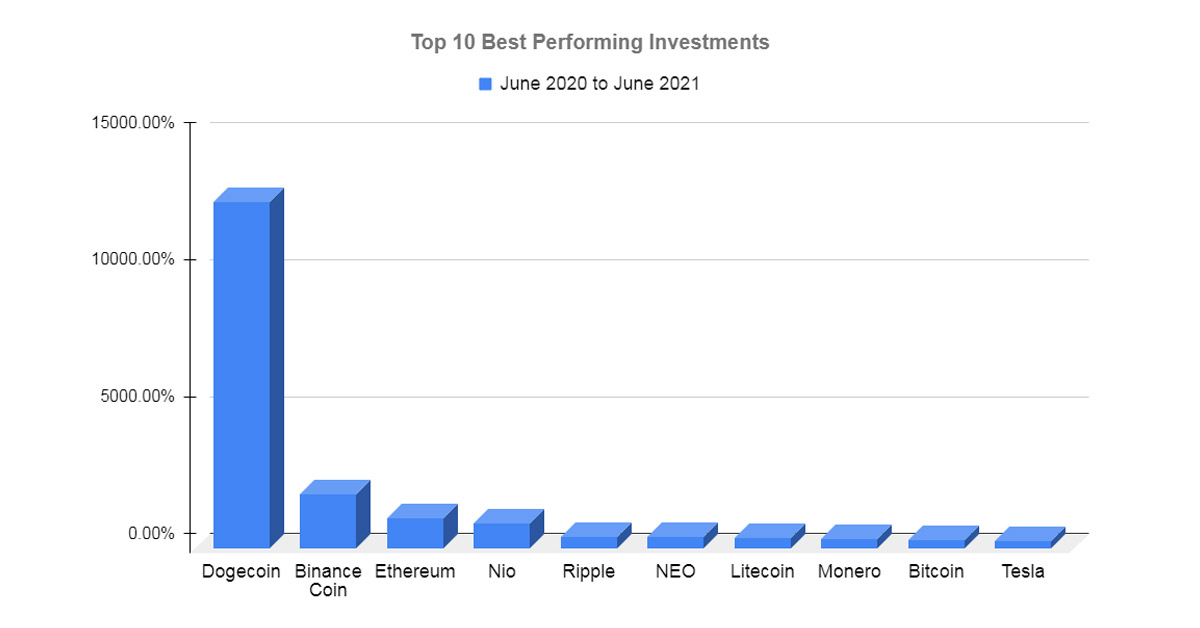 The Opinion Of The Experts

Yet, experts warn us to watch ahead. One of them is Antony Portno, founder of Traders of Crypto. He said:

“Whilst certain big names and celebrities in the crypto world might appear to be influential and great subjects to mimic investment-wise, they can take substantially greater risks than the average person due to their other assets and wealth.”

And the truth is that it’s easy to say “since these tokens exploded this way, I’ll watch the market and see what’s the hot token everyone’s talking about”. It is a lot harder than that. And most people won’t be able to hold them for a year or more.

Portno also notes that while it’s important to know that while certain investments have risen greatly in value, they might fall in price, especially cryptocurrencies. He asks investors to consider their decisions carefully and not to let hype rule their wallets.

The truth is that each investor needs to address his or her investments individually. It’s easy to talk about putting $100 aside for a coin… but be wary — invest only what you can afford to lose.

Do you want your $100 to be worth thousands in a year or more? Well, prepare to do your own research. That’s the only way to find the next Doge. Then put the $100 aside. If you lose it, no big deal — if it is a hit, it could change your life.