The Fame Lady Squad Saga: Transparency and a Reboot for a Women-Led NFT 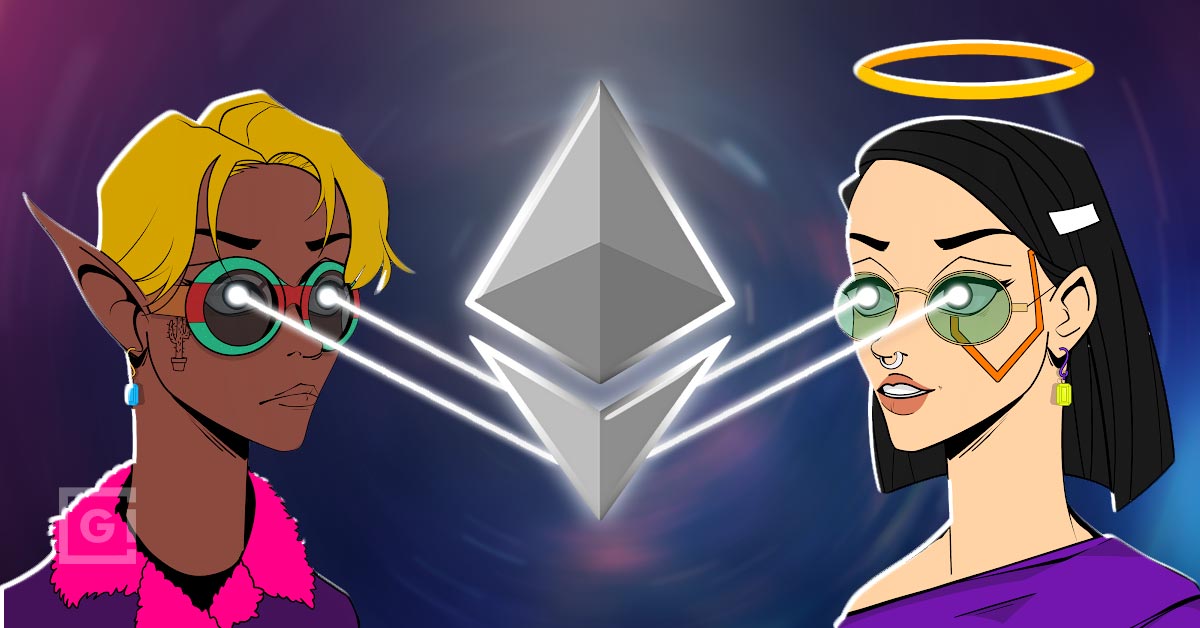 “Community is everything. And people are opening their eyes to the importance of transparency.” – Danielle Davis, new Co-Custodian of Fame Lady Squad (FLS), @NFTignition

When it was discovered that a $150 Million ‘women-led NFT was actually run by some Russian guys, the importance of community and transparency became most evidently clear.

In the face of deceit, the honorable and veracious can join forces to uncover the truth, confront the deception head-on, and take measures to right the wrongs, all with the spirit of ensuring that the interests of those affected by duplicity are protected and people are given recourse.

Moreover, this action can ignite a greater fire within the community to unite behind a cause – not just rise above but to find ways to accomplish greater things than was initially envisioned.

This is the story of the NFT project called Fame Lady Squad (FLS).

In July, Fame Lady Squad, the first generative female avatar NFT project, got much attention when it minted 8,888 non-fungible tokens designed by women.

As a side note, if you’re into numerology, 8888 means infinity, unlimited potential, and bringing new levels of prosperity.  Perhaps this is a foreshadow of what’s to come?

As an NFT project run by women, championing women, it garnered much attention, particularly in the Crypto/NFT space where men often dominate the landscape.

The team leading the project, as represented on their website, showed three female avatars, each with a different disguise.  The messaging created an image of “a strong and independent woman of the NFT community.”

The aim is to promote the idea of empowered women, a cause that hooked many purchasers of this token.  It was felt that having strong women-run projects helps advance women’s influence and contribution to the Crypto/NFT space.

The Problem: It Was Built On Subterfuge

A fellow Russian and NFT enthusiast Fedor Linkkik began to question foul play after identifying a copycat of one of his meme NFT projects.  Using Sherlock-like skills, Fedor was able to pick up on their “signature” – telltale signs that connected them to Fame Lady Squad and other NFT collectible series projects that had their own guise or have been abandoned.  Although too much to cover here, the evidence piled up and it became overtly clear who the guys were behind the Fame Lady Squad project.

Other members of the community stepped in to help Fedor unravel the clues.  An NFT enthusiast confronted Max Rand, as one of several people behind the ruse, advising him to “admit the truth” and encouraging him to use his creativity and talent in a virtuous way – “this shows you can create something great…you could legit change the world for better.”

However, the issue apparently goes beyond deception and exploitation of a legitimate, righteous cause.  As Fedor states, “they’re a conveyor of NFT projects…if you trace most of the projects they created, you’ll find out they endorsed and followed each other.”  This alludes to the idea of a cash grab where projects are put together with little effort for the sole purpose of making a lot of money.  Then, these very projects are abandoned because the developer team never intended to sustain the project for the long term.

After admitting to their “mistake,” Max Rand and his team promised to donate $100,000 of their earnings to support early-stage projects and NFT artists.

This gesture wasn’t received well and it’s apparent why not.  One practice of deception leads to another and another.  Whatever their fate, the hope that they and all involved in the NFT space take heed from this situation and choose full transparency and honesty.  Because the community does band together.  And the truth does eventually surface.

Here’s where the story moves from the dark underworld to the land of virtue and promise.

Through a third-party broker and influencer, @digitalartchick, custodianship of the Fame Lady Squad was transferred on August 10 to two bona fide women and one man, who readily share the real names along with their alias.  Making up the team is Ashley Smith/Bored Becky (@iamboredbecky) who is the contract holder, Danielle Davis/NFTignition (@NFTignition) and Saul/Data (@DataLady_).

To find out more on how all this went down, Danielle Davis provided a recap……..

She explains, “@digitalartchick contacted the old team and told them they should put a vote up on Twitter (original FLS account that has since been removed) asking who should take over the project. @digitalartchick clarified in the same tweet that the project would be sent to trusted members of the community.  And that’s when an outcry of people began listing who they thought should run it.  The community chose us three specifically.”

When asked about what’s unique about this project and the community of FLS holders, Danielle shares, “this community is amazing and is the first place that was so welcoming to women in crypto. It had the best vibe, and that was one reason it was worth saving. We were going to fight for it.”

With the community banding together to demand transparency, this once ill-fated project now has hopes of soaring to new heights.

Professing that community is everything, Danielle shares how their team involves their FLS community, “all decisions are made with as much community input as possible.”

A lot has changed–quickly–since the ruse was discovered and the contract changed hands on August 10.  No time was wasted in ensuring that the FLS community knew they were in good hands. The new team immediately created a Discord page and Twitter page. And on August 24 a new website was launched which outlines their roadmap covering three categories: community building, female empowerment, and utility.

Apparently, Danielle, Saul, and others were quite vocal in the chats when FLS was under the original team.  Unfortunately, but as per the cash grab theory, the original team wasn’t too responsive nor made any real changes.

Danielle said, “While they followed through on all of the roadmap items, the team was not as engaged with the community as we would’ve liked. We weren’t necessarily happy with the way things were being run. If the project stayed in their hands, it was going to go to 0, even if we have never found out they were men.”

……“If you don’t have a unique utility for your NFTs, you’re bound to be washed away in the sea of new projects coming out every day,” she notes.

So, what was the response from the community, and how are things looking now?

The FLS community response has been overwhelmingly positive.  Danielle explains with gratitude, “I have never seen a community stand up in support of a team like this before. So many people from the community have stepped up to volunteer.  Sales are up, volume is up, and Twitter and Discord keep growing.”

What are the biggest challenges of new ownership?

As one would expect, taking over an already-established community of token holders for the $1.5 million project is a large undertaking.  Danielle puts it into perspective: “Building a $1.5 million dollar project, without the $1.5 million dollars, we had to start from scratch.  Not only that, we have to build an amazing and unique project and take our time to do it right, while the community is ready and waiting for us.”

That’s a lot of pressure, but from the looks of it, this team is no stranger to the NFT space, nor taking a leadership role and have moved forward in record time.

So, how do players in the NFT space protect themselves and vet projects before jumping in?

Danielle gives this advice: “There will always be amazing art and projects out there that are anonymous and therefore unable to be verified.  The important thing is to put small amounts into those projects and not over-invest.  Losing 1 or 2 NFTs will be painful but losing 40 is a whole different level of pain.”

Danielle is hopeful that awareness of this unfortunate debacle encourages the NFT community to create a new standard of full transparency within the projects.  Danielle offers up this thought: “the space currently is extremely fragmented, and therefore, it’s very hard to do research beyond what’s on a website or Twitter.  Although the nature of crypto is to allow for anonymity, maybe a centralized resource to learn about the NFT projects and what they would be buying into would be helpful.”

How can the NFT community further empower women and encourage more inclusion and diversity in this space?

Danielle jumps in with a two-fold thought: “Education is one part.  If women enter the space without understanding it, they’re not likely to be as successful.  Having places where women can ask questions without feeling judged, knowing they’ll get a good answer and not be scammed or shilled is important.  With the dangers of scammers and pump and dumps, it’s hard to know who to trust.”

Second, Danielle suggests hiring more women to run NFT projects.  As she explains, “more diversity on your team can lead to more diverse ideas.  And pay them well, money is a huge motivator. If people know they can get paid better in a crypto position than they would be working somewhere else, they will learn.”

What’s on the horizon for the Fame Lady Squad NFT and its community of holders?

Danielle shares with excitement that more art will be coming soon, so keep an eye on this growing project.

She also pointed out that they are doing their roadmap a little differently than others.  In other words, the project is outlined with the timelines currently being worked on, including a backlog of items in the queue – Due to NDAs, the details can’t be discussed, nor have the details been worked through.  But, in the spirit of full transparency, Danielle shares a few details a what’s in the works:

Ladies Only Content: A ladies-only website helping members stay up to date, make the best decisions as possible and continue to act as experts in the space.

Brand Partnerships: There are partnership talks taking place with female-led companies. They are under an NDA and details are still being worked out.

Metaverse: Many in the community have shown interest in seeing an FLS presence in Decentraland and they have a team in place working on the plan.

FLS Story (Extended): The FLS story is one of the biggest assets for this brand. To do it justice, they are exploring talks with documentary filmmakers, developing comic books, etc.

Community is everything and transparency is highly regarded, but not always an option due to the nature of today’s highly anonymous crypto/NFT space.  So it’s important to educate yourself about this space, spend time researching it and be involved with the community.

A project born out of deception and lies can be turned around with the right people at the wheel.  Because ultimately the people behind the projects, rather than the projects themselves are what matter.

Perhaps redemption is possible for all.  Time will tell.