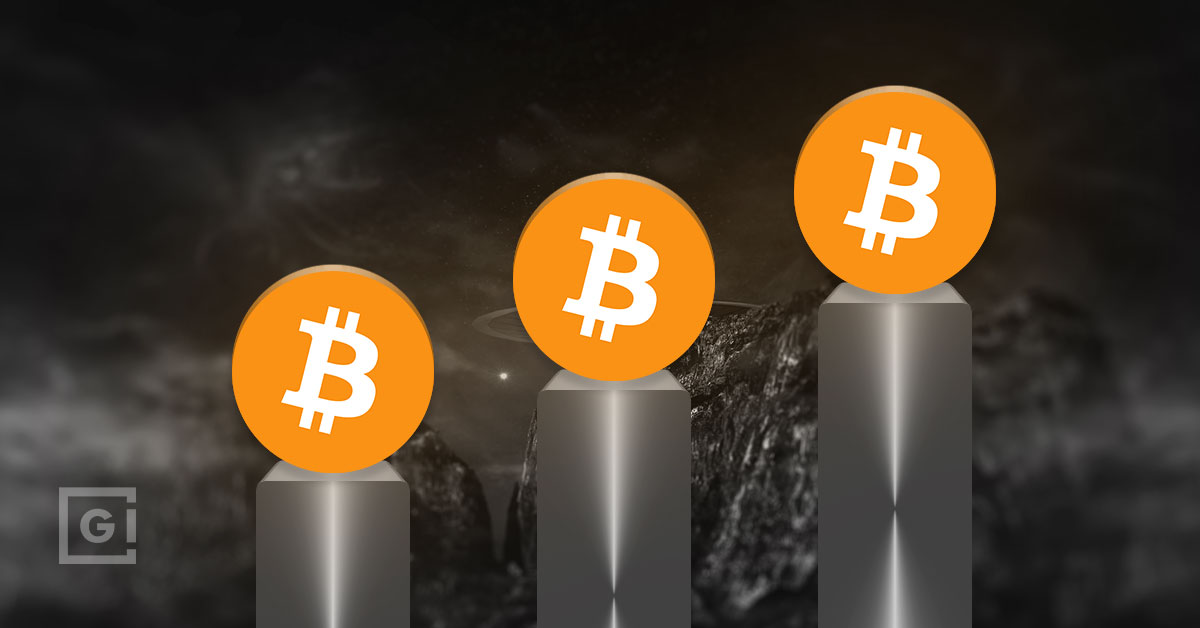 Bitcoin has continued to move higher this week, reaching a peak near $46,800 so far and is currently up by +5.7% on the weekly open. With the leading cryptocurrency set to print the longest series of green candles on the weekly timeframe since January 2021, the technicals suggest that the price of bitcoin is on the verge of establishing a new uptrend. Along with favourable technical outlook, the fundamentals for Bitcoin are also improving which also suggest that a move to the upside is more likely. 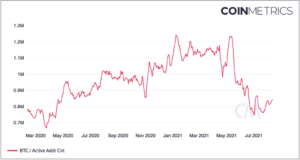 Another key fundamental that is showing signs of improvements is the 30-day mean of Bitcoin’s hash rate, shown below. This week, the hash rate has continued to recover after the massive drop due to the crackdown in China. 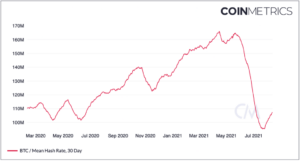 With the hash rate recovery in full swing, a key technical indicator known as the Hash Ribbons (created by Charles Edwards) flashed a buy signal on August 7th. The Hash Ribbons use a 1-month and 2-month simple moving average of the hash rate to identify bottoms in the price of Bitcoin. 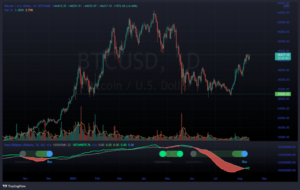 As illustrated by the chart above, the 1-month moving average crossed above the 2-month moving average on August 7th, providing a historically profitable buy signal. The last time the Hash Ribbons indicator provided a buy signal was on December 2, 2020, when bitcoin was trading around $19,000 and the digital currency then went on to reach highs above $24,000 by December 24. 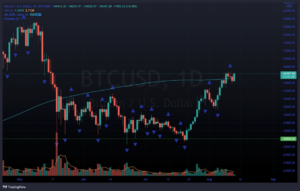 Another technical indicator that suggests bitcoin is on the verge of a new uptrend is the Ichimoku Kinko Hyo. The chart below shows that the price of bitcoin is currently trading within the Ichimoku cloud and has failed to break out above the cloud to the upside. The cloud represents a region of equilibrium and a candle close above the cloud (which indicates the start of a new uptrend) seems imminent. Therefore, we’re looking for a daily close above the cloud, i.e., above $46,747, to signal the start of a new upward trend and motivate an entry into long positions for Bitcoin over the medium-term. 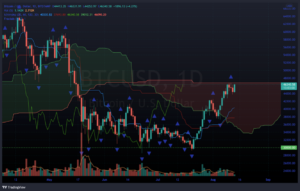 As shown above, Bitcoin has not been trading above the Ichimoku cloud since mid-May and once it broke below the cloud (which signalled a downtrend was starting), the price continued lower eventually reaching $30,000. If we get a daily close above the cloud, then the targets for bitcoin will be $50,000 (a key psychological level) and $56,763 (the open of the large bearish candle from May 12). In the event of a downturn and rejection of a cloud breakout, a return to $44,444 is the most likely outcome which is the closest support level offered by the lagging line.

Looking at the 4-hour heatmap chart below, we can see that there’s lots of selling interest around $47,000, $48,000 and $50,000 with the bright yellow lines showing a large number of limit sell orders at these levels. 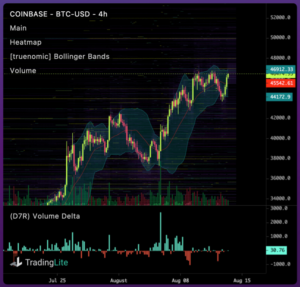 The hourly chart below shows that the price is near the sell wall at $47,000 and close the upper band of the Bollinger Bands, suggesting a short-term bearish outlook. The middle band currently lies just above $45,000 which could be a good level to buy if the bullish price action starts to falter. 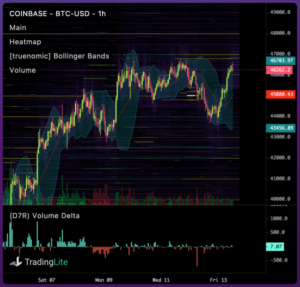