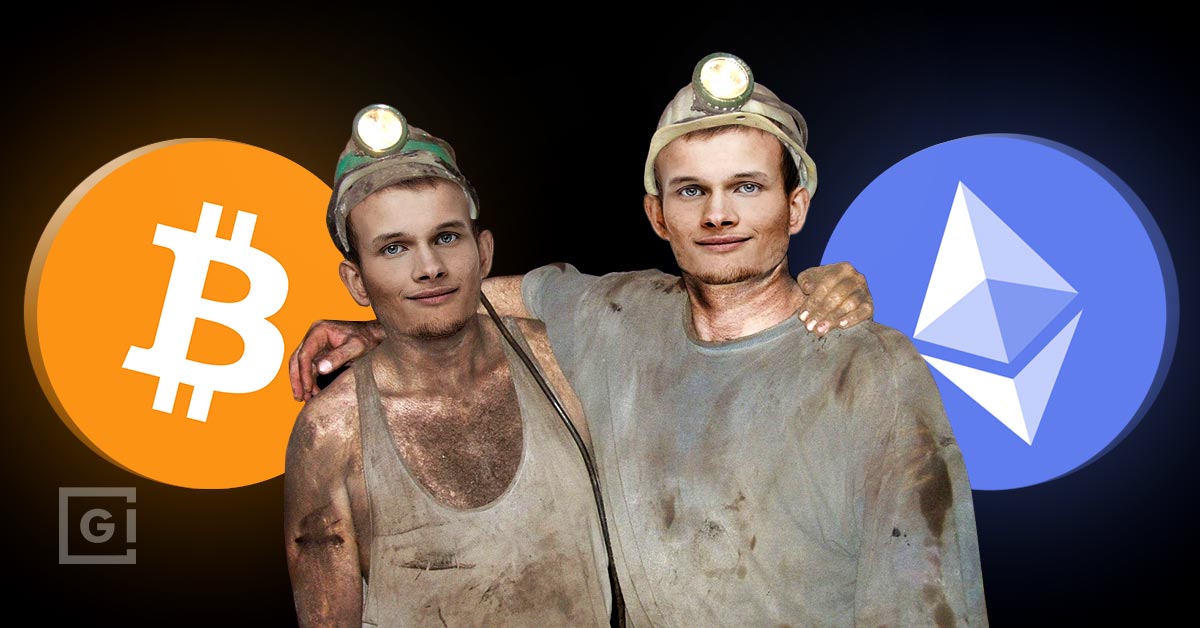 Once upon a time, a very long time ago, it was possible to mine a little-known cryptocurrency called Bitcoin using basic equipment. Sadly, those days have long gone. Becoming a crypto-miner is now a serious business that requires serious investment in hardware.

Mining involves the mathematical validation of transactions on the blockchain. This process creates blocks and is rewarded with a payout of several tokens of the cryptocurrency that is being mined. Although the exact nature of mining differs between blockchains, the process is largely similar – for now.

Bitcoin was the first cryptocurrency and therefore set the template for mining. Whenever there’s a transaction on the Bitcoin blockchain, miners across the world compete to create a long hexadecimal number called a hash. The miner that creates the right hash is given 6.25 Bitcoins as a reward.

However, Bitcoin is now very hard to mine because solving the cryptographic puzzles that lock transactions to the blockchain are not only extremely difficult but designed to get even harder as the currency gets closer to its limit of 21 million coins. If you plug in a high-powered device and keep it running for months or even years, you’ll eventually earn a reward – which might not even cover the electricity costs.

But don’t be put off. Mining is still possible if you’re smart and choose the right strategy. So if you want to begin your journey as a miner today, there are three basic questions to answer before you start

Which Cryptocurrency Should I Choose To Mine? c

If you’re working alone, Bitcoin might not be the best crypto to mine. The process involved in Bitcoin mining is called proof of work and is energy-intensive, with the energy needed to generate a single Bitcoin said to be enough to power a typical US household for roughly 60 days.

Other cryptocurrencies work differently. Ethereum, for instance, is transitioning to a proof of stake model which uses less energy because it allows miners to validate transactions based on the number of coins they hold, rather than the amount of computational “work” they put in. So if you already have a lot of Ether, you’re better off mining on the Ethereum blockchain than focusing on Bitcoin.

If you’re a mere mortal who isn’t lucky enough to be super-rich or an early adopter, it’s worth choosing another cryptocurrency. If you want to earn money as a miner, it’s crucial to pick the right cryptocurrency at the right time, which requires a lot of research. Select the right alt-coin and you could win big if it shoots up in value.

There are several different crypto validation models including proof of burn, which is used in Slimcoin, to proof-of-elapsed Time set up by the chipmaker Intel. One coin that’s generating a lot of buzz right now is Chia, which uses proof of space and refers to mining as “farming”. “Anyone who wants to validate transactions should be able to farm without single-use hardware or a big electricity bill,” Chia Network wrote.

Basically, Chia asks its farmers to set aside storage on their device which is then used as “plots” on which cryptographic numbers are ”grown”. When the blockchain broadcasts a transaction request, the numbers stored in plots are scanned and the farmer with the correct one will win a reward. The dual intention of Chia is to allow people to mine at home and cut back on the greenhouse gas emissions of older blockchains.

What Mining Equipment Should I Buy?

Three types of computer components can be used to mine crypto. The first and most famous device is a GPU, or graphical processing unit. These powerful processors are often used to power video games but have intense number-crunching abilities which make them useful in crypto mining.

The second component that’s used in mining is an application-specific integrated circuit (ASIC) that is specifically built to mine crypto and therefore tends to be more powerful than a GPU. It was once possible to mine Bitcoin and Ethereum using the third type of component, a CPU, but these are no longer always powerful enough to perform the calculations needed to mine some of the most popular cryptocurrencies. Even if you have a chip with the grunt to do serious mining, running a CPU at full pelt for a long time could damage the processor and therefore the entire computer.

To compete with the big miners, you’d have to fill a room with ASICs and then pay out huge electricity bills. Realistically, most new-start miners will start with a GPU and build from there. And if you don’t manage to make money, you can always sell the GPU to a gamer.

The advice here is simple. Buy the most powerful device you can afford and make sure it is suited to your needs.

Should I Consider Working With Other Miners In A Mining Pool?

Most people don’t have a room full of supercomputers in their basement. So they have to use low-powered mining machines which cannot compete with professional-standard rigs.

So if you want to turn a profit from mining, it’s worth joining a pool of miners – which is a group of miners that combine their computational power over a network.

Although you surrender some autonomy, working with other miners makes it much more likely that you’ll see returns. Some pools share out the earnings proportionally, based on how much processing power miners contribute to the network. Others will distribute the crypto generated in the form of shares which can be cashed in.

When Blockchain.com published a rundown of the biggest mining groups, it concluded that ViaBTC, F2Pool, AntPool, Poolin, and SlushPool are the top five pools.

Joining a pool is a great way to get started in mining. And who knows, maybe you can start with some modestly-priced gear, earn enough to buy some better equipment, and then you’re on the way to building a fully-fledged ASIC mining facility that will make you richer than Midas. That’s the dream, anyway. Make sure you let us know if you achieve it!

Three Brains, Four Bodies: Insights To Think About— Part I

RT @davidgokhshtein: Be patient. This is #Bitcoin and $ETH time right now. The Alts are next.