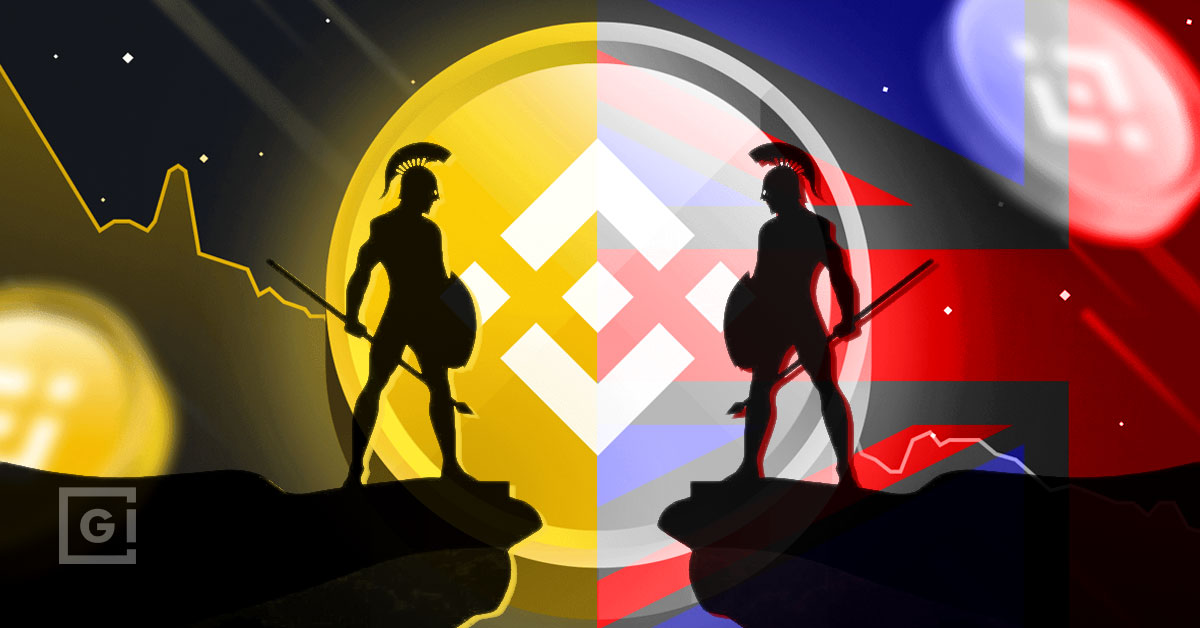 British banks have started to place limitations on transactions with crypto exchanges, sparking fears that the UK financial establishment is preparing for a “war” on blockchain.

Several of the UK’s top banks have now taken steps to limit payments to exchanges as well as withdrawals, with most now preventing all customers from transacting with Binance after it was banned by the Financial Conduct Authority (FCA) in June.

Some banks have gone further and throttled transactions with exchanges by limiting the size of payments and transfers.

The clampdown started after the FCA issued a statement which said that Binance was “not permitted to undertake any regulated activity in the UK”.

Natwest, one of the biggest lenders in Britain, fired an opening salvo on June 24 when it placed a limit on the amount of money that can be sent to exchanges. This limit is understood to be set at several thousand pounds.

“We have seen a high level of cryptocurrency investment scams targeting our customers across retail and business banking, particularly through social media sites,” a spokesperson for Natwest said.

“To protect our customers from the criminals exploiting these platforms, we’re temporarily reducing the maximum daily amount that a customer can send to cryptocurrency exchanges as well as blocking payments to a small number of cryptocurrency asset firms where we have seen particularly significant levels of fraud-related harm for our customers.”

Most of the other big banks are now reviewing or rewriting their crypto policies.

TSB Bank is reportedly planning to ban its five million customers from buying crypto on exchanges such as Kraken and Binance over fraud fears. Santander is “reviewing” its stance on payments to “unregulated” cryptocurrency exchanges.” And Nationwide is doing the same. HSBC is “closely following” the industry’s moves against exchanges.

Barclays has also banned payments to Binance. Explaining its decision, the bank tweeted:

“It’s our responsibility to help protect your money. With this in mind, we’ve taken the decision to stop payments made by credit/debit card to Binance until further notice, to help keep your money safe.”

“It is not your responsibility to dictate how adults spend their money,” he wrote.

He added: “Banks, take notice. You’re still thinking your customers are stupid. Why don’t you stop the condescending bulls***. Become an early adopter instead.”

The clampdown sparked anger on social media, with several people referring to the restrictions as a “war” on crypto.

“Crypto exchanges have begun to rival the big banks and there really is a war going on. It’s ‘crypto’ vs ‘the traditional banking system.”

“This is the long game. Now choose which side of history you want to be on.”

Other social media users threatened to leave the banks which placed limits on crypto payments, with many reminding legacy financial institutions that crypto could make them unnecessary and outdated in the long term.

The British clampdown has not dramatically affected the price of Bitcoin in the weeks following the FCA Binance ban.

The impact British banks have on the crypto markets is likely to be dwarfed by the effects of a crackdown in China which has seen miners selling off GPUs.

“Chinese cryptocurrency miners are reportedly dumping used GPUs on second-hand markets, such as Alibaba-owned Xianyu,” he wrote. “This doesn’t come as a surprise — given the fact that China seriously cracked down on Bitcoin mining in the country — but the development may be interpreted as fundamentally bearish, nonetheless.”

In entirely unconnected news, former Barclays boss Bob Diamond is now working with Circle, the company that launched USD Coin. He will assist with plans to list Circle on Wall Street at a value of up to $4.5bn.