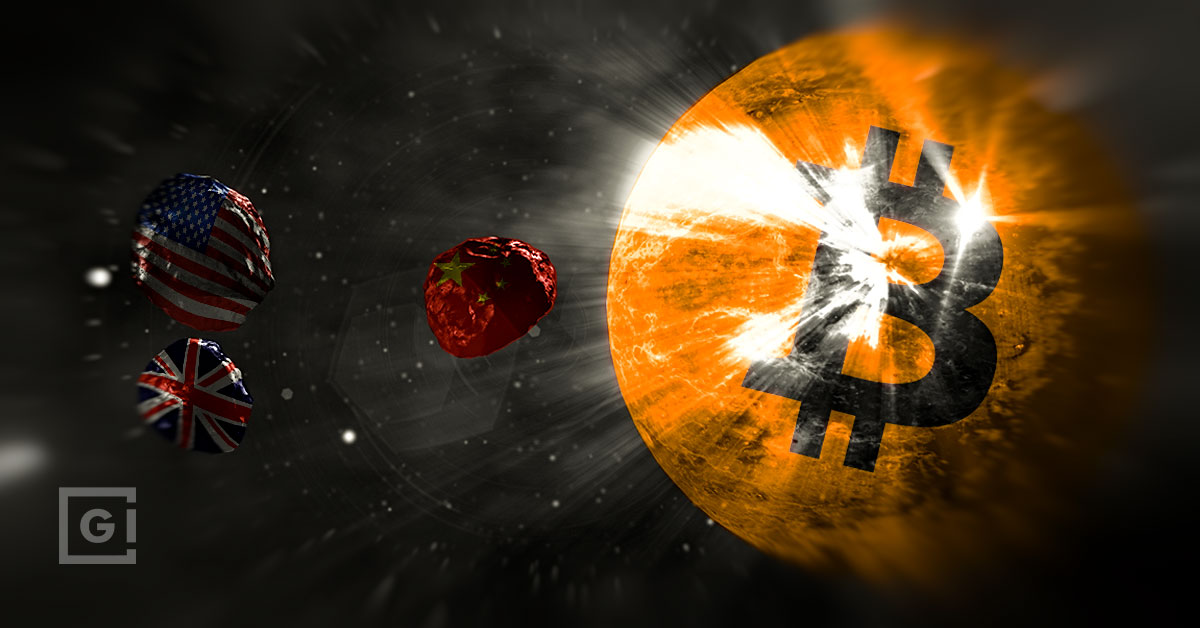 Bitcoin’s price action over the past month, which saw the cryptocurrency fall from above $41,000 on June 18th to near $31,600 on July 19th, can be attributed to three main factors.

First, the miner exodus from China is still being digested by the market and is a bearish development, which precipitated a large drop in Bitcoin’s hash rate as miners relocated or shut down completely. China has historically accounted for a majority of Bitcoin’s hash rate but a major reshuffle is underway, with the United States looking to take the lead in bitcoin mining (which is arguably a bullish development over the long run).

Second, in recent weeks there’s been increased scrutiny of the cryptocurrency market from regulators contributing to bearish sentiment. Last week, Federal Reserve Chairman Jerome Powell said that cryptocurrencies have “failed as a payment mechanism”, with his comments coinciding with a sharp drop to $31,000, and talks about stablecoin regulation are ongoing.

Third, retail and institutional interest in cryptocurrencies is flailing. For example, large open interest holders of the CME’s Bitcoin futures contract fell to a low not seen since last summer. Furthermore, the number of Google searches for Bitcoin are at their lowest level since the end of 2020.

The waning of interest in Bitcoin is also clear from on-chain analytics, which can help us assess the health of the Bitcoin network. Throughout Bitcoin’s entire history, the correlation between the price of Bitcoin in US Dollars and the active address count shows a strong positive relationship with a coefficient of +66.96%. While correlation doesn’t equal causation, we cannot ignore the strong association between the price and the number of active addresses.

The chart below illustrates the large drop in the number of active addresses (averaged over 7 days), falling from an all-time high of 1.21 million on May 14th to hitting a fresh low for 2021 of 768,639 on July 1st. During July we’ve seen a bit of a rebound, however, we’d want to see some higher highs in this indicator to validate a bullish outlook for Bitcoin based on this fundamental.

Although trading volume across all exchanges is falling for Bitcoin, the boring periods are exactly when traders should pay attention and attempt to decipher where the market is going next.

Two useful tools to do so are the Bollinger Bands and the Bollinger Bandwidth indicator. The daily chart below shows that Bitcoin has rebounded from the lower Bollinger band several times in the past month. A potential bullish scenario that could play out is that Bitcoin swiftly drops to $30,000 or thereabouts, tags the lower band and sets up a move to push higher as the price rebounds from this support level (like we saw in late January 2021 – the price tagged the lower Bollinger Band before recapturing the previous high).

The Bollinger Bandwidth hit the lowest level since December 2020 on July 12th, suggesting a bout of volatility is due. With the $30,000 handle holding as strong support numerous times throughout 2021 so far, there seems to be a greater chance of a breakout occurring to the upside.

The snapshot below shows the current state of the Bitcoin market. The order flow data from one of the largest exchanges (Coinbase) is transposed onto the chart with brighter, more yellow areas showing areas with large bids (or large offers). A sweep of these areas with large buy or sell orders should see a new trend form and visualizing these levels can help us understand where the price might go.

However, since Bitcoin currently trading just above the $30,500 area with strong buying interest and given that there are buy walls at $500 intervals below $30,500, the path of least resistance seems to be to the upside. We’d want to see these buy walls absorb any selling pressure to catch a rebound. The nearest sell wall is at $32,400-$32,500, which provides a target for traders who want to go long, as these large offers are likely to stop any advance above this level.