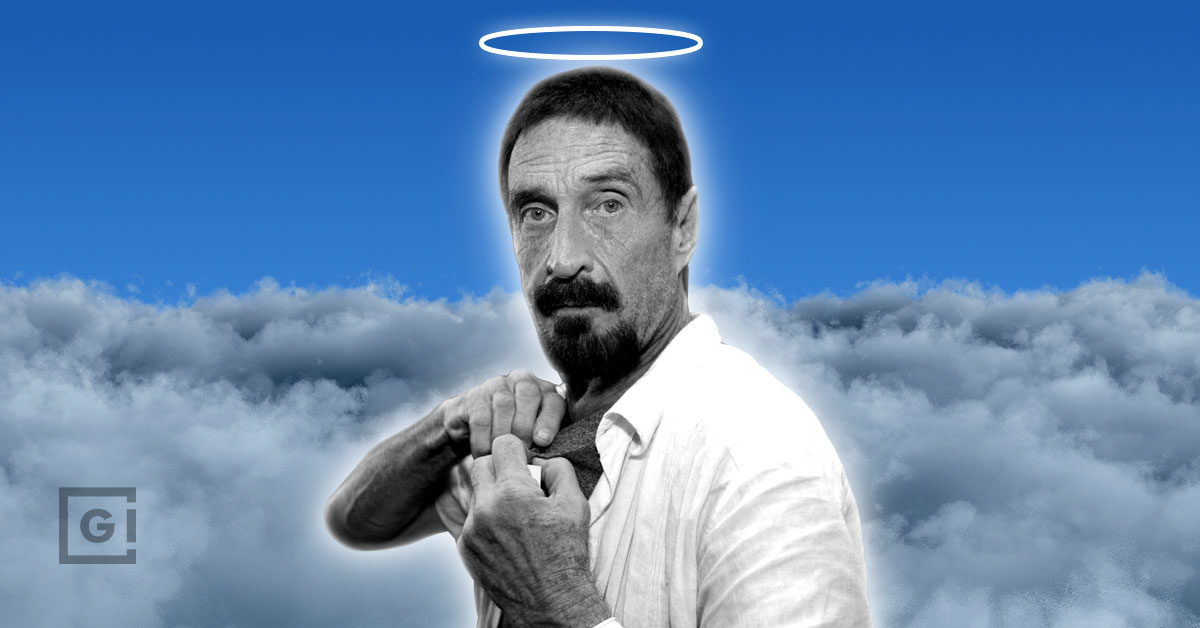 News broke today June 23rd 2021 that John McAfee has passed away at the age of 75. Our sincere, condolences to his wife Janice, friends and family.

John was held at the Centre Penitenciari Brians 2, just outside Barcelona, Spain, since October 5th, 2020. McAfee was arrested in Spain by request of the US DOJ (Department of Justice) for tax evasion charges.

Reports show that he was found in his prison cell today, and the estimated cause of death is suicide, which is yet to be confirmed. The Spanish National Court had just approved the extradition of John McAfee to the USA a short time before his death. 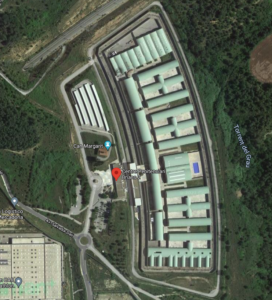 In many news reports today, you will see that mainstream media and governments like to paint the picture that John was some type of villain. Those who knew John would say the opposite. John McAfee was the type of person who, although he was agreeably eccentric, the goal was never to cause friction for anyone in the world. Still, he wanted to provide transparency through information and access to it. From John’s perspective, if transparency caused a loss of privacy, position, or purchasing power, then so be it. Few understand his utopian and futurist mindset, which created some fantastic conversations around the world.

John’s soft side can be seen online as he enjoyed composing music on the piano, which he did quite well. From observation, I would guess that his method of playing the piano was not the same as classically trained pianists. He was likely a self-taught musician as his learning would be streamlined just like every other topic on the planet that he wanted to absorb, craft, or implement into his ideas. The hard side of John could be stated as abrasive, but to the point. Any media focusing on his preferences, perhaps with substance use or lifestyle, are likely missing the features of his life.

John’s legacy that he has left with us stems back to his early implementations of computer coding, protocol development, and of course, launching McAfee Associates, better known as McAfee Antivirus, in 1987. Protecting PC’s around the world until he resigned in 1994 to pursue other interests.

After McAfee Antivirus over the next 27 years of his life, the businessman in John explored many facets of capitalism. John spread his expertise and inventions across many industries, from other software companies to medicinal drugs, herbal antibiotics to thought incubators to create authorizations for data and apps on mobile phones.

In 2016 John ran for president of the United States of America. No small task to take on, but done so to spark attention and thought from the public as opposed to seeking to win the election.

With other roles in corporations, such as CEO of MGT Capital, his understanding of cybersecurity was vast, causing him to change his position and title to CCV (Chief Cybersecurity Visionary). MGT Capital went to mine Bitcoin thanks to his efforts.

In recent years, John launched his own cryptocurrency. Ghost coin and Ghost decentralized exchange were very aggressive in their technical foundations but unfortunately, the project was cancelled due to team issues during launch of the company in 2020.

I had a one-on-one conversation briefly in July 2020, preparing a live stream with John to be interviewed by David Gokhshtein, which was an incredibly mind-altering event. The 15-minute conversation I had with John before David came to the video call was insightful and inspiring. John shared his focused perspective on things from the blockchain industry, data privacy, and the rights and freedoms that many people in our world do not value protect. John mentioned to me in confidentiality (Which seems acceptable to disclose now), asking at the time to maintain complete secrecy, that he had negotiated with an unnamed Russian space agency that they would be providing him with a commercial flight to space at the end of 2020. The details he went into were fascinating and included some ideas he wanted to employ with storing cryptocurrencies and transmitting transactions from space during his trip into orbit around our planet.

To John, space seemed like a place that he might enjoy immensely as with any forward thinker; John often found friction with the places he lived in around the world. Laws, rules, regulations, and accountability always seemed to give him a reason to test the waters with his actions. What better destination to international waters than space itself off of our planet’s surface? International waters on Earth have little to no laws as no government wishes to regulate them. Similarly, we can see his attraction to decentralization and digital assets as regulation cannot keep up with our fast-moving industry. John knew that space and blockchain go hand in hand like a fine red wine with a juicy filet minion steak.

With so many reporting on the sensational claims and accusations against the person and the legacy of John McAfee, I would like to take a different look at what could have been. What would John be doing if he wasn’t caught and imprisoned in Spain?
If John were indeed going to work with a Russian Space Agency to travel into space in a commercial flight, that would have made history. He would have been the first human to pay for a flight into space while not being a trained astronaut. Our world has others working with SpaceX, Blue Origin, and Virgin Galactic to achieve commercial flight and achieve the milestone of sending us all into orbit. Yet, we aren’t quite there.

A wild guess would be that he would have worked with Roscosmos to be a tourist in orbit for a few days and enjoy some time experimenting with data transmission, bitcoin, and other digital assets while in orbit. John loved his tech, which is why he knew so much about how our world functions. Can you envision the blockbuster show that he could have put on, possibly launching from the Baikonur Cosmodrome in Kazakstan? The same spaceport which launched Yuri Gagarin in 1961 to make the first human orbit around the Earth. A secluded launch site such as this would give John privacy to deploy his plan and eventually share with the world what he was doing. At this point, we can only speculate what might have been. 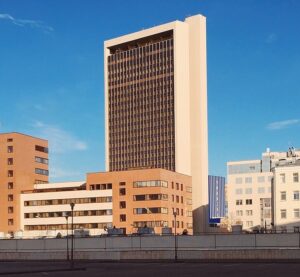 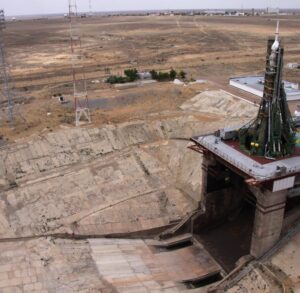 As sad as it is for John to have passed away, there is a part of me that wishes this is all a ruse. Could John have found a way to fake his death and escape the prison in Spain?

Now, this is wild speculation on my part, not for sensationalizing or creating headlines. Instead, I mention this to wish well on someone I have spoken to and imagine him retreating to somewhere unknowable on our planet. Yes, much of this vision pulls from what John told me personally and of course comes from one of my favourite movies, Contact, with the incredible character H.R. Haddon who migrated to the international space station for his last moments alive.

For John to escape the friction he had put himself in during the last decade is like the end to a movie where we can envision him walking into the sunset with a smile on his face as the last chapter of his life. As we ponder his life, we can appreciate the innovations he provided in our digital world and the many eye-opening perceptions that we can have shared from his mind. Now, we will have to wait to see if he has any more surprises for us in the future post mortem or classic Hollywood style to possibly emerge in orbit around our planet.