How VulcanVerse Is Igniting The World of NFT 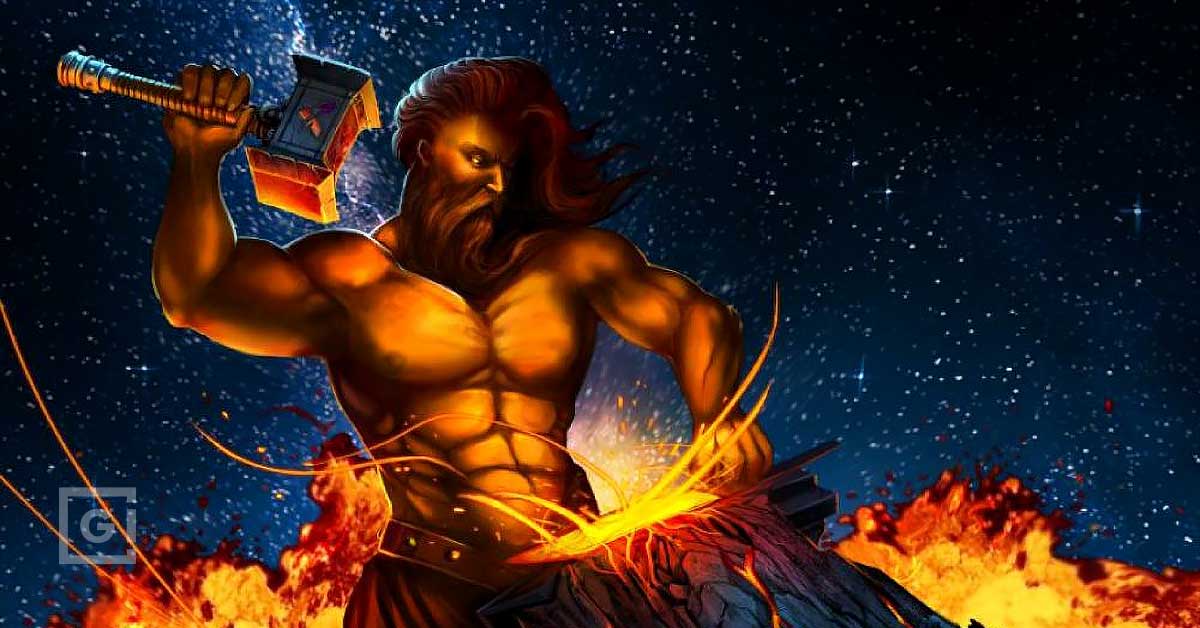 Since their emergence on the Ethereum blockchain in 2017, NFT tokens have caught fire, soaring to new heights of popularity throughout the world.

Today, the NFT landscape is vast, encompassing fields like art, real estate, and digital collectibles to name a few. Over the course of their entire existence, millions of tokens have been sold and traded.

In the traditional world of blockchain, tokens are considered fungible and identical. But Non Fungible Tokens (NFT) are unique in that they exist in a single copy and cannot be faked, copied, or altered. This makes these digital representations ideal for codifying digital property rights via a single copy.

NFTs have witnessed a major impact in the gaming world, fueling the concept of digital ownership. It’s here where blockchain has proven to be an ideal ecosystem for players seeking to secure digital assets in their possession.

Today, a project known as VulcanVerse is igniting a new standard for blockchain gaming. Set during the Greco-Roman era, this popular gameplay is scripted by a number of famed British fantasy authors. In order to play, users can purchase virtual land in the VulcanVerse constellation, giving them access to the in-game tools and resources needed to build on it. If a user does not want to purchase land, they can enter through a portal to play.

VulcanVerse has the distinction of being the first downloadable, blockchain-centric metaverse featuring AAA graphics and Massive Multiplayer Online (MMO) gaming. This allows users to secure ownership of the virtual land and assets via NFT tokens.

Through the use of VeChain, Ethereum, and magic blockchain networks, VulcanVerse has pioneered a gaming universe of intense graphics and gameplay features that is second to none. Its play to earn model is considered one of the most generous in the NFT space.

The pet features used in the VulcanVerse digital space are affectionately known as “Vulcanites.” Each of them is equipped with a set of skills and tailored lore that is exclusive to a designated land area and level.

While the world of VulcanVerse is all about universe building, Vulcanites also have access to a broad array of special functionalities and game modes that can be used to forge materials, compete for exclusive NFTs during treasure hunts, and engage in community driven side-quests and mini games.

In an effort to maintain a state of balance among users in the world building and interactive exchanges, VulcanVerse provides benefits to owners that allow them to level up to other players without attacking them (unless it’s a part of an event).

The acquisition of decentralized land in the form of tokens or NFTs via the blockchain provides users with an authentic and true form of ownership. Through the MMO component, users can buy, sell, develop and equip their land on their active P2P market

The blockchain infrastructure used by VulcanVerse which is powered by VeChain makes use of an advanced digital protocol known as “fee delegation,”  allowing users to execute digital transactions without having to pay gas fees. These NFTs and assets can be utilized across all games with just one platform.

Forging the Next Generation of Gaming

VulcanVerse is a creation of Vulcan Forged, a multi-dApp ecosystem, gaming studio, launchpad and NFT marketplace featuring over 12,000 users and an NFT trading volume of over $6 million.

This project promotes the development of state of the art blockchain options through a supportive community for developers that provides crowdfunding and startup incubation benefits. It delivers a solution for game developers using the platform that allows for the removal of gas and crypto.

VulcanVerse is the flagship platform among a number of popular game titles on Vulcan Forged including Berserk, Geocats,  and Rekt City

Set in the Greco-Roman era, the fantasy gameplay is scripted by renowned British fantasy authors. To play, users must purchase virtual land in the VulcanVerse universe and use the available in-game tools and resources to build on it.

CEO Jamie Thomson, a Brit with a masters degree in AI, moved to Greece 3 years ago (wife is Greek) and has a two year old daughter. Asked about the early genesis and evolution of VulcanVerse, he had this to say:

“I created VeriArti, a digital art NFT site 3 years ago on Vechain, widely regarded as the first NFT dapp. Because we sponsored fees, more games and third parties wanted to use our engine. So instead of ‘minting’ NFTs we joked about ‘forging’ NFTs with Vulcan, the God of fire and forging, as our theme. This led us to move to our own blockchain game studio and accelerator for other games so that we could tokenize these assets.”

With respect to the value proposition that Blockchain technology brings to VulcanVerse, Thomson says that VulcanVerse and Vulcan Forged games are fun in their own right, offering the biggest “play to earn” economy ever created.

“We offer $2m a month in reward pools for users. There are over 100 ways to earn this off-chain value called LAVA. The more lava you earn the bigger slice of the pie you get in our token PYR. You get lava for things like walking, visiting landmarks, winning in game battles, or winning a card game of berserk. The beauty of this is that you can earn lava across any games that are a part of our platform.”

Asked for a final word on what trends he believes will drive the future of Blockchain and Gaming over the next 12-18 months, Thomson concludes:

“I believe the in-browser voxel games where the stress is on NFTs will slowly be replaced by bigger studios with AAA graphics. We’re not an AAA studio, but we are certainly the first decentralized metaverse to create a top graphics game on your computer instead of browser and MMO qualities. In the very near future, the bigger studios will make their entrance. So we want to get in as early as possible because ownership of assets is going to loom larger than the usual crypto tribalism and complex wallet mechanics.”

Putting A Hard Fork In Ethereum EIP-1559. Will It Change Ether Forever?

Lose Your Wallet Password? Here’s Where To Start The Recovery Journey

Are You Being Digitally Tracked? Here’s What To Do.

So, What’s Around The Block?