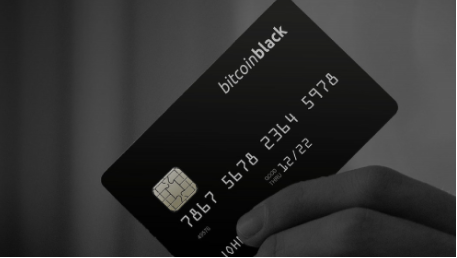 I have a question for you…

Would you really spend your Bitcoin on a coffee or cab ride?  For me personally, it would be neither.

So, why has there been such a meteoric rise in companies offering Bitcoin credit cards in the cryptocurrency industry when its whole premise of crypto to function as a store of value for the plebs.  Moreover, why are firms marketing credit cards at us that could essentially lose all that value?

Or is there another narrative at play here?

Perhaps, this cryptocurrency “store of value” coin will indeed hit $288,000 as predicted by many and therefore having a slick credit card is then a great way to treat oneself.

But on a cab ride?

This week, FD7 Ventures, a cryptocurrency investment fund announced that it has acquired a 33% stake in Canadian crypto card company BitcoinBlack. Billed as the “world’s most exclusive metal black card,” it is projected to deliver the first batch to 1000 Canadian customers by June.

The folks at FD7 are no strangers to putting their money where their mouth is as they trailblaze investments across the cryptocurrency industry.  Recently, as reported here on Gokhshtein Media, FD7 converted $750M of Bitcoin to the rising Proof of Stake blockchains stars Polkadot and Cardano.

A bold move, but somehow way ahead of the pack and many would argue heading to where the puck is going to be.

However, this recent move into pure Bitcoin credit card country has me scratching my head.

With offices across the globe in Toronto, Dubai and Bangalore, FD7 has its finger on the crypto pulse.  It attracts high net-worth investors.  By this I mean folks with $1M in free cash — money that high net worth individuals can spend and not even blink an eyelid.

Is it disposable money that is spent at Walmart or Target?  No, these types spend their cash on 5 star hotels, watches with funny names I’ve never heard of and no doubt luxuries that many of us can only dream of.  So, investing FD7 funds at this level may not quite suit the large majority of Bitcoin holders with less than 1 BTC, who dream of it making them “financially” secure in the future.

But, for the elite investor, maybe owning a Bitcoin credit card shows they are “minted” in what they want.

For over two decades now credit card companies like Mastercard and Visa have issued “Gold”, “Platinum” and “Black” cards to those with wealth or high compensation packages.  These cards are looked upon by issuers favorably and are signifiers of wealth or social class.  They are designed to make a statement about the card owners.

In short, spending $30,000 in a day shopping is a blip on the bank balance.  This is exactly where the FD7 BitcoinBlack credit card has its focus.

And that’s ok. It makes sense for me now.

For example, if I had 20 BTC and the price hits a Raoul Pal of Real Vision price target of $1M, then I am a very wealthy boy right?  And I might be happy paying a little bit more for a BitcoinBlack credit card and do a Richard Gere in Pretty Woman – spending “obscene” amounts of money in high end clothing boutiques for my new girlfriend.

Perhaps, with $20M in Bitcoin, I would buy a coffee at Starbucks or pay for an Uber ride on the way back from the pub!  After all, I’m now in the big leagues with my 20 BTC eating a hole in my pocket – right?  And this could easily happen to many who have been “stacking sats” for years.

Well played I say, you put your money where your mouth is.  Enjoy!

But for the large majority of us who are not already high-net worth individuals and who hold less than one bitcoin, the FD7 card is a chimera – a pipe dream.  All we really want is that one Bitcoin to go stellar, so we can pay off loans, get a new car, take a nice holiday and feel a little more secure with either a solid little slither of BTC or some more dollars in the bank for the future.

That is the reality and it is played out in the number of BitcoinBlack credit cards being made available.

Only 1,000 BitcoinBlack cards are being issued to those willing to pay $229 CND a year and a one-off $1,000 CND initial fee.  Might seem steep to you and me, but it’s small change to the high-net worth target audience.  Yes, 1,000 souls only who can join this elite club hailing cabs, buying Bentleys and staying in the mandarin Oriental penthouse suites.

I wonder if I should just get one in preparation for the day that BTC hits $1M?

Picture the scene if you will –  as I roll up to the Starbucks drive-thru in my Porsche 911 GT limited edition wearing my Rolex watch.