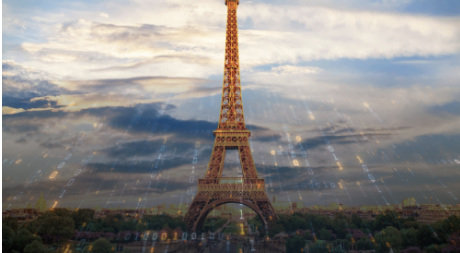 France is not known as a country for moving fast with anything it does.  Situated in the northwest corner of Europe, France has two strong influences that shape it.

The first is an Anglo-German mentality where industry, efficiency, innovation and hard work are all qualities that are cherished.  It is safe to say that both the UK, which has only just recently exited Europe, and Germany have strong “work ethics” woven into their cultures.

Then there are the PIGS — Europe – Portugal, Italy, Greece and Spain.  These southern European Mediterranean countries are more laid back.

By way of example, the watch word of the day in Spain is “mañana” which means tomorrow.  Essentially, put off until tomorrow what you could do today.

You get the picture right?

France meanwhile is sandwiched between both the northern powerhouses and its siesta driven, sleepy southern neighbours.  So the operative question becomes, how do these influences affect its position on cryptocurrency?

As a socialist country, France likes to take its time to enact laws and make sure its citizens like them.  The French citizens tend to riot a lot when things don’t go their way.  So, embracing the fast moving world of crypto one would think is not going to happen at light speed.

This is exactly the case in France.  Late last year the French enacted new crypto regulations tightening up on crypto exchanges.

In short, if ya fancy a punt on crypto in France, the French government wants to know your shoe size, your mom’s favorite brownie recipe and almost anything else it can get its hands on.  The Know Your Customer [KYC] rules are some of the strictest anywhere in the world.

Moreover, one cannot spend a single Euro on crypto without ID, bank verification, shoe size etc, etc, etc.  But, this month France may be on the cusp of taking a more positive, progressive step in embracing a crypto friendly culture.

Jean-Michel Mis, a member of the National Assembly (the lower house of the French Parliament), has signed a petition to the French Senate that would authorize the Bank of France (Banque de France) to purchase Bitcoin and other cryptocurrencies.

The petition was initially filed by Ark Ecosystem CEO Francois-Xavier Thoorens earlier this month. It cites MicroStrategy and Tesla as American companies that have bought large sums of Bitcoin while also citing Miami’s plan to potentially invest its treasury reserves into the cryptocurrency.

There appears to be some very outward looking French politicians who can see the potential in crypto and how the rest of the world is adopting it.  But this new venture into crypto may be less about enabling crypto for the likes of Jean-Paul or Colette, the ordinary French man and woman in the street and more about the long term power-plays in the crypto Hash Wars.

Game Theory in bitcoin and crypto suggest that when one country gains a hold on Bitcoin and the mining of Bitcoin, others will look on and say, “I want some of that too – just in case.”

China, America, Russia and now Iran are all gearing up for the inevitable Hash Wars, where owning massive amounts of Bitcoin and other leading cryptos could lead to a new world, digital “gold rush.’ But, unlike Gold that can only be mined where it is found, Bitcoin can be mined anywhere and bought and stored extremely easily.

This is why the Global Hash Wars could be the new “Arms Race” as countries compete to out-do each other owning Bitcoin.  Just imagine what that would do to the value of Bitcoin and why it could be such an asset to a sovereign country.

Will the petition in France make it to 100,000 signatures?  I’m not hopeful on a first pass.  But look at it this way.  America has tried for almost a decade to secure a Bitcoin ETF that meets SEC strictures.  So 2021 looks like it could be the year that the USA finally launches an ETF.  If the French along with other countries globally keep chipping away at their banks embracing Bitcoin over the next decade, the Game may be on and adoption may be less about why we should not and more about why we darn well should.

Satoshi Nakamoto was extremely clever in his/her/their creation of Bitcoin.  The in-built “greed”  and self-preservation elements that fuel so much of macro-economic human behaviour is a perfect driver of Bitcoin adoption.  At a modest $1 trillion market cap, Bitcoin is tiny and only just popping up on individual countries radar.  However, as it grows and eventually ramps up to $10 trillion, the market capitalisation of gold, then the real Hash Wars begin.  This is when Game theory goes nuclear.

And perhaps France will then be ahead in this game…..

PrevPreviousHow Millionaires and Stimulus Are Fueling Bitcoin: What to Expect
NextAnother Bank Scandal: Lesson For the Crypto Space?Next