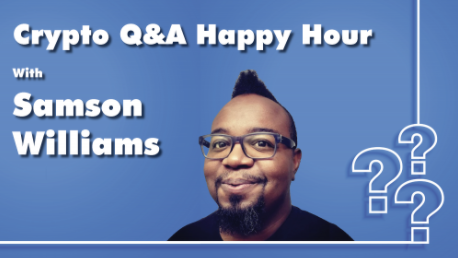 Question: I’ve heard that transactions recorded on the Blockchain are truly anonymous. Is this true?

If you ever want to play the Monopoly version of “Do not pass go. Go directly to jail,” then use cryptocurrencies to engage in illegal activities. I know. I know. You’re hearing blah, blah blah privacy coins and all of that. But go read this announcement of SimbaChain and Chainalysis work with the IRS.

Ok, I couldn’t find the SimbaChain announcement but I interviewed their CEO, Joel Neidig recently. So let me state what may not be so obvious — that if you create an encrypted, distributed, public record that is immutable of whatever illegal activities you engaged in, you may as well just leave your home phone number too. Because when using cryptos, especially bitcoin, you’re leaving a permanent, PUBLIC record of your digital fingerprints.

Pro-tip. If you’re going to engage in illegal financial activities do what the pros do, use cash. Why do you think the banks love cash so much? Cash is truly anonymous. Your digital wallet address though? Pseudonymous, not anonymous.

But I digress, as the question is, “I’ve heard that transactions recorded on the blockchain are truly anonymous. Is this true?”

Let’s break down this question:

In other words, Samson is not anonymous. With those two pieces of data you, the FBI, IRS, my mama, can find your home address, bank accounts and angry boyfriend who will happily snitch on you.

In other words, when there’s an outbreak of a virus, say Covid19, epidemiologists (epidemiology is the study of infectious disease) will begin track and trace activities to determine where that virus originated from. Getting back to Patient Zero is key, as it helps doctors determine the spread, potential origin, severity of the virus and explore potential treatments or cures.

There is a popular history of the HIV/AIDS epidemic that describes a man known as Patient Zero, who was a sexually active flight attendant who traveled the globe and initiated the AIDS epidemic in North America. However, a new analysis of the viral genome recovered from his serum and that of other patients in the 1970s proves beyond a doubt that he was not Patient Zero (link to paper).

Why this example is so important is because blockchain transactions work very similar to a viral genome. No, blockchain won’t give you HIV (but wear a condom with XRP hodlers, they can’t be trusted). Where the similarities exist is that in both viral track and trace and blockchain transactions, each creates unique trails that can be tracked and traced…forever.

Seriously though, you should always engage in safe-sex. There is a strain of Antibiotic-Resistant Gonorrhea that you do not want to get. Yes, it will literally eat your penis/anus/vigina/throat. However, if you doubt that blockchain transactions are and your bitcoin wallet isn’t anonymous, just wait for the day when you end up in child support court or a divorce proceeding. Because your partner can hire Chainlaysis or SimbaChain to identify all your wallets.

Yes, they may not have the keys to them. But unless you want to spend time in jail for contempt of court or not paying child support, you’re going to have to disgorge them. “Disgorge” is the technical term for when the courts force you to give your now ex-wife, ex-husband or partner your private keys.

So, the short answer to this question is, “No. Blockchain transactions aren’t anonymous.”

The longer answer is here:  Check out this podcast where I walk a soon to be divorced woman through the process of determining how much money is in her soon-to-be ex husband’s Coinbase wallet. Oh, and yeah. If you’re using an exchange (Coinbase, Bittrex, etc…), you’re about as anonymous as a QR code of your social security number, issued by the IRS.

Until next time, Cheers!